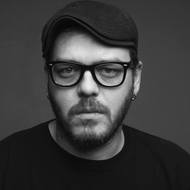 Erik Chandler is a Grammy nominated singer/songwriter/multi-instrumentalist who resides in Chattanooga, TN. In 2019, after spending more than 24 years as bassist/vocalist with the multi-million selling TX rock band BOWLING FOR SOUP, the decision was… (read more)

Erik Chandler is a Grammy nominated singer/songwriter/multi-instrumentalist who resides in Chattanooga, TN. In 2019, after spending more than 24 years as bassist/vocalist with the multi-million selling TX rock band BOWLING FOR SOUP, the decision was made to step away from the band that he had helped form. This move allowed Erik to more fully devote his creative potential to what had begun as a side project in 2012.

After relocating from his native TX and armed with full creative control over his music, Erik’s time is spent focusing on his solo career. This project has already yielded one E.P. and one Full Length Album, garnering praise at home and abroad.

Now, with full focus on writing, recording and producing his second Full Length, his music continues to evolve. Not without mass appeal, the first two efforts found Chandler at home on bills from Pop to Punk, Indie and Alt Rock, Songwriter Showcases, and occasionally, on a Country stage. Due to his wide range of musical interests and influences, Erik writes each song to its own ultimate potential, whether it be an Alt Country love song, or an Arena Rock anthem. He finds it important to let each song unfold naturally on its own unique path rather than following a prescribed “set in stone” idea. After years of singing background vocals, he has been very excited to explore the full potential of his uniquely smoke tinged voice. One of the great pleasures he now enjoys is the creative freedom to include his arrangements of strings and wind instruments as integral elements of his work. He cites the influences of writers such as Elvis Costello, Paul Westerberg, Willie Nelson, Hank Williams, Glenn Tilbrook, Jeff Tweedy, Bob Mould, and Paul Simon, and others.

Drawing from over a quarter-century on the road, Chandler’s live performance is truly that of the consummate professional. “Actually,” he says, “I’m more interested in entertaining myself. If I can’t enjoy myself, why would I expect anyone else to. It’s my party and you’re invited to come, if you want.” In all actuality, he says that he’s “turned off” by musicians whose performances come across as aloof and “too cool for school.” While Full Band performances have a bit more structure, solo acoustic shows are a very intimate, “Evening With” type of experience. There is never a shortage of truth about the songs themselves, nor is there any shortage of stories to be told. In either setting, Erik is often prone to “playing with the lyrics to fit my mood,” or improvising musically. This leads to each performance being truly a stand-alone experience. Chandler doesn’t make set lists rather he writes rough drafts, leaving the opportunity to create a unique show as he responds to both his energy and the interactions with his audience.

All of this makes him just as comfortable in an intimate, up close setting as he is on the stages of the arenas, stadiums, and music festivals of his recent past. Erik Chandler is a workhorse performer, seasoned veteran, and a true professional. When he is about to take the stage, he’s often heard saying “It’s time to go to work!” But, you’ll never actually see him working. Whether it’s stage, studio, or writing room, you’ll only ever see him doing what he loves.