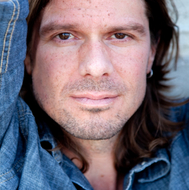 Presenting Verve recording artist: One of People magazine's sexiest men; hailed by Decca Australia as "one of the greatest voices of our time;" widely considered to be one of the premiere baritone soloists of all time; friends and contemporaries… (read more)

Presenting Verve recording artist: One of People magazine's sexiest men; hailed by Decca Australia as "one of the greatest voices of our time;" widely considered to be one of the premiere baritone soloists of all time; friends and contemporaries from Broadway to the Opera stage to the Grand Ole' Opry awe in his ability to communicate in multiple genres:
This is the voice and artistry of Joshua Payne.

"The power and beauty of this instrument, this voice we call Joshua Payne, is a phenomenon and experience the world needs."
Stephan Moccio
www.stephanmoccio.com

"In regional performances, Josh is usually the only voice powerful enough to really carry the house. Have you ever heard a lion roar? He's the best."
the late Charles Rieker - Metropolitan Opera

"Its simply impossible to describe the talent here.  He's just this down to earth dude from on top of a mountain in Arkansas.  But nothing could prepare me for that voice.
His vocals on half the record were done in one take. You can't get any better than that.  I have loved working with this guy on everything we've done together.
And as a producer, his string arrangements and productions are ridiculously good."
Michael Omartian
www.michaelomartian.com

"Joshua Payne has the perfect voice. He knows exactly what he's doing; totally in control of his technique,
you the listener can forget about everything as you let yourself fall into his romantic yet earthy musical world.  Bravo maestro bravo! "
Bruce Gaitsch
www.brucegaitsch.com

"Joshua Payne is that unique talent one encounters only rarely. He is naturally blessed with a rich dark beautiful voice that is at times both powerful and fragile. But it is because Josh connects to a lyric with intelligence and a kind of wisdom beyond his years , that makes him a great singer. He has a tender lyric style because that's who Josh is, no artifice just a man with questions who is not afraid to put himself out there or to break your heart with a song while you feel that guilty pleasure that you always get when you discover a real artist."
Marc Jordan
www.marcjordan.com

"He's Unreal! His performance in the title role of Sweeney Todd is still my favorite performance of all time both regionally and on Broadway."
Jenny Odle Madden - Actress - Voices of the South
www.voicesofthesouth.org

"Every time I hear 'My World' I think, 'man I wish I'd thought of that.' And man what a voice!"
Jim Ed Brown - Grand Ole Opry
www.jimedbrown.com