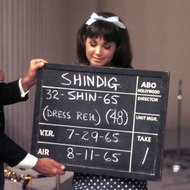 Donna Loren’s name is synonymous with the Swinging 60’s era of music, motion pictures, television, and fashion. Donna began her singing career at the age of five, when she won second prize on an amateur show. By nine, she had cut her first record,… (read more)

Donna Loren’s name is synonymous with the Swinging 60’s era of music, motion pictures, television, and fashion. Donna began her singing career at the age of five, when she won second prize on an amateur show. By nine, she had cut her first record, “I Think It’s Almost Christmas Time,” and by the age of ten, she appeared on The Mickey Mouse Club TV Show.

In 1963 she signed a 7-year contract as the “Dr Pepper Girl” as their spokesperson on TV, radio, billboards, magazines and personal appearances. This led to her co-starring roles in Beach Blanket Bingo and four more Beach Party movies.

Donna was a magnet on TV and was featured on iconic television shows throughout the sixties, including roles in Batman, The Monkees, The Milton Berle Show, The Red Skelton Show, Gomer Pyle, Dr. Kildare and the full run of the wildly popular #1 music show on ABC, Shindig! In 1968, she was chosen by Danny Thomas and Aaron Spelling to have her own television series entitled, Two for Penny.
A Capitol and Reprise recording artist, she released 20 singles and the LP soundtrack from “Beach Blanket Bingo”. A CD entitled “The Very Best of Donna Loren: Beach Blanket Bingo” was released by Collectables Records in 2000 and is still in distribution.

In 1968 Donna entered a private life until 2009 when she released a CD with 11 of the best tracks she recorded in the 80’s with James Burton and the TCB (Elvis) Band. "Love It Away", her first all-new album in decades, was released the following year. The title song off her album, “Love It Away (Remix)” charted at #15 on the FMQB AC chart for the week of 7/13/10 and finished at #52 on the 2010 Year-End chart. For Holiday, Donna has released a 4-song EP entitled "Donna Does Elvis in Hawaii" consisting of four songs recorded previously by Elvis including her Holiday single, "Merry Christmas Baby", which charted at #41 on the FMQB AC chart for week of 12/710.

Throughout her entire Hollywood career, Donna Loren designed and created her own clothing. In 1963 she did a commercial for the Simplicity Pattern Company, a premonition of her successful future as a fashion designer. From 1997 to 2007, she designed her own line of clothing and had three high profile boutiques in Hawaii as well as a major online business. Truly ahead of her time, she is now riding the wave of the future.

Donna Does Elvis in Hawaii - EP

Love It Away - Single