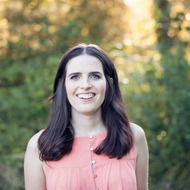 Capturing the struggles and triumphs of life in an introspective and poignant manner, folk-pop singer, songwriter and pianist Heather Hutchison tells life stories rooted in the universal feelings of the human experience. With captivating melodies… (read more)

Capturing the struggles and triumphs of life in an introspective and poignant manner, folk-pop singer, songwriter and pianist Heather Hutchison tells life stories rooted in the universal feelings of the human experience. With captivating melodies and strikingly powerful, honest lyrics that will not soon be forgotten, Hutchison weaves emotionally-charged stories, both hopeful and broken-hearted.

Never is Hutchison’s knack for story telling more evident than on her third release, “Where the Ocean Meets the Sand” (January 23, 2015), a 5 song EP that tells tales of being lost and finding oneself in small ways. Hutchison sings with the conviction of someone who has lived these stories. Her voice, transparent in its honesty, commands attention from the very first note, and her lyrics will make you ache with nostalgia.

These songs are a culmination of a complicated journey through places and emotions. From lyrics scribbled on a napkin in a dirty and crowded restaurant while living in Lima Peru, to a song written after returning to Canada, unsure of how to re-adjust to her new old life, this EP pays tribute to the little, seemingly inconsequential things: Those moments in time that seem so small and yet, much later, we realize they have left their indelible mark. Recorded on Vancouver Island, a stellar group of musicians from across Canada round out the songs with an exquisite blend of intricacy and intimacy.

Blind since birth, music was an integral part of Hutchison's world from a young age. Growing up in Edmonton, Alberta, she spent much time in her early years making up melodies and figuring out songs by ear on the piano. She was exposed to a diverse array of artists from her parents' music collection such as Celine Dion, Mariah Carey, Aretha Franklin, Alanis Morisette, The Beatles, and Burton Cummings. Hutchison cites later musical influences including Tori Amos, Sarah McLachlan, Eva Cassidy, and KT Tunstall. Since her completion of a diploma in jazz and contemporary voice in Vancouver, British Columbia, she has grown to incorporate the sounds of jazz artists such as Ella Fitzgerald and Sarah Vaughan into her music. Latin influences are also evident in newer material, a product of time spent living in South America. In the end, Hutchison’s songs, strikingly powerful and rich with honesty and emotion, are her own.

Hutchison has accomplished a great deal since releasing her first EP of original material, "Hello" (2005), at only sixteen years of age. She has gained experience performing in all manner of venues such as concert halls, theatres, clubs and outdoor stages from North to South America, with many performances broadcast on television and radio. Hutchison's music has garnered positive reviews from industry critics, and she has performed and recorded with a number of Canadian music veterans. Her latest release boasts the talents of Trent Freeman (John Reischman, Jessie Farrell, the Wailin Jennys, The Fretless), Alexander Flock (Malcolm Aiken, Amanda Wood), and Jayme Langen (WiL, Georgia Murray), among others.

A versatile artist, Hutchison sings in both English and Spanish and can be seen performing her original material solo or with a band, as well as appearing with her jazz group, The Heather Hutchison Trio. With fans from as far away as Australia, Spain, England and Japan, and the ability to connect with audiences young and old, the universality of Hutchison's message is clear. With the release of “Where the Ocean Meets the Sand”, her most critically acclaimed work yet, Hutchison looks toward a future brimming with possibilities.

Where the Ocean Meets the Sand - EP